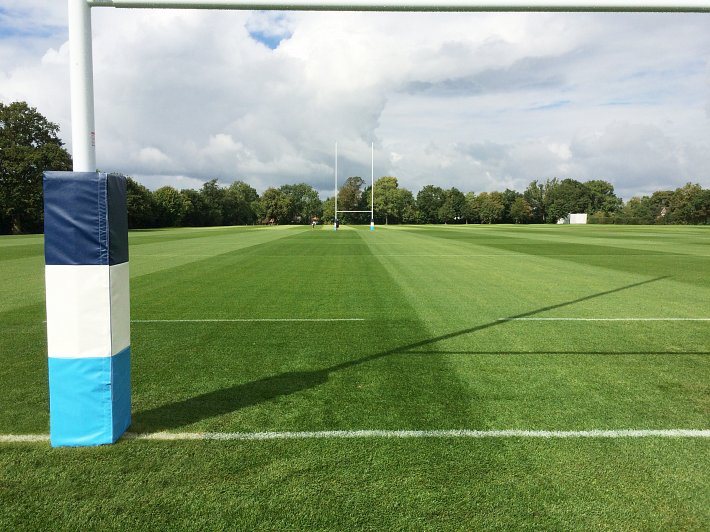 Agripower have been involved with the topdressing & maintenance on the front field rugby/football pitches for approximately 4 years, so it was with great interest when the tender for the re-construction of four new pitches landed on the mat. The existing four pitches were suffering from poor drainage (an old clay system with some plastic pipe was connected to a carrier drain leading off site) and were very uneven making for poor playing conditions and issues with effective maintenance.

The new design (Tim Oâ€™Hare Associates) allowed for full topsoil strip, re-grading of the formation working generally to existing gradients and topsoil replacement with sand amelioration to aid drainage properties. The proposed drainage scheme was based upon a lateral scheme spaced at 4m centres with sand banding (sand master) secondary drainage. The secondary drainage was later uplifted to the installation of Topdrain slits.

Due to the need for the School to retain use of part of the field for summer term cricket, the work had to be phased. Topsoil stripping commenced in April 2015 to pitches 1 & 2 with seeding completing the phase in June 2015. Phase two commenced in June and was completed in August. The re-modelling of the levels was undertaken using a CAT D6K dozer fitted with a 3D modelling system which allows the operator to work to an electronic plan shown on an in cab screen. Mostly working in manual mode, the system is switched to auto when within 100-150mm of finished levels at which time the hydraulics controlling the blade movement are carried out by the system. Positioning is controlled with an EDM total station which is referenced to control points established by our engineer/surveyor.

During the course of construction we had a few difficulties to negotiate â€“ the main electricity supply to the school traversed diagonally across the site under three of the four pitches and the main gas supply crosses underneath pitch 1. Both were mapped by

CAT scanner and then proof dug to confirm depth and position. Once exposed, they were also recorded using OS co-ordinates to provide a permanent record of location.

An irrigation system with manual take off points was also installed. Storage is provided by a 93m3 circular tank and is pump fed to the take-off points with a pressure sufficient to run Speedy Rain 505 travelling sprinklers. These have 140m of 50mm pipe capable of distributing up to a 40m wetted width down the length of the pitch in approximately 4 hours. The advantage to the school was the ability to attain a rapid establishment ready for the first game on the 19th of September 2015 which was achieved.

Watering alone will not achieve a satisfactory growth and a comprehensive establishment maintenance of feeding, regular cutting & verti-draining was undertaken. To ensure strong root growth, the grass was sprayed with a leaf retardant after 6 weeks. This diverts the plantâ€™s energy into pushing roots down which gives the grass sward its strength. After 10 weeks, roots were down 150mm. This deep rooting resulted in little to no tearing on the surface during the first match played on it. 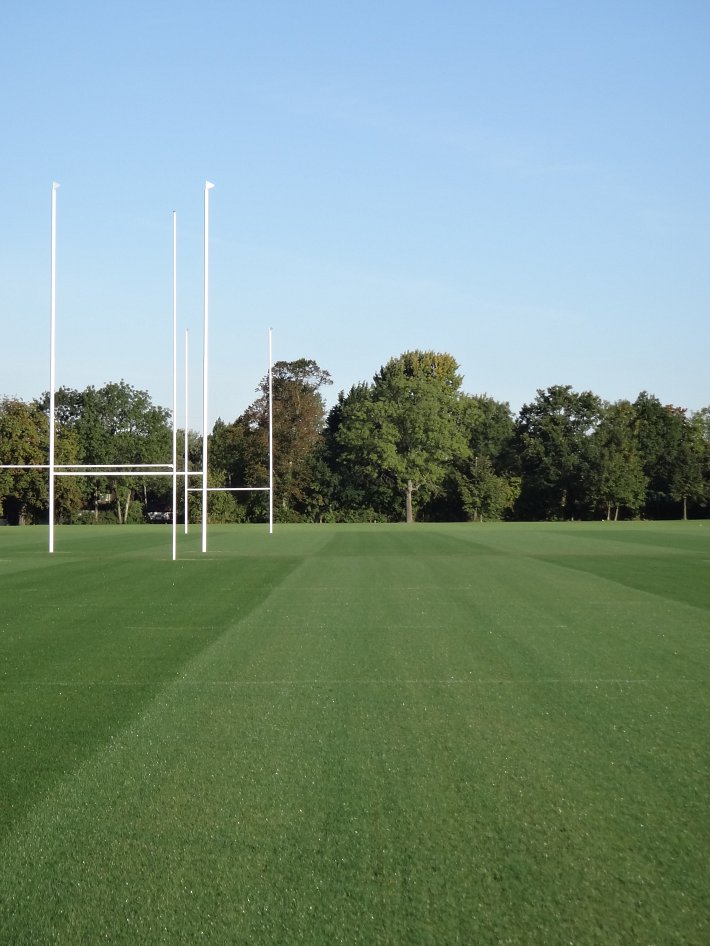 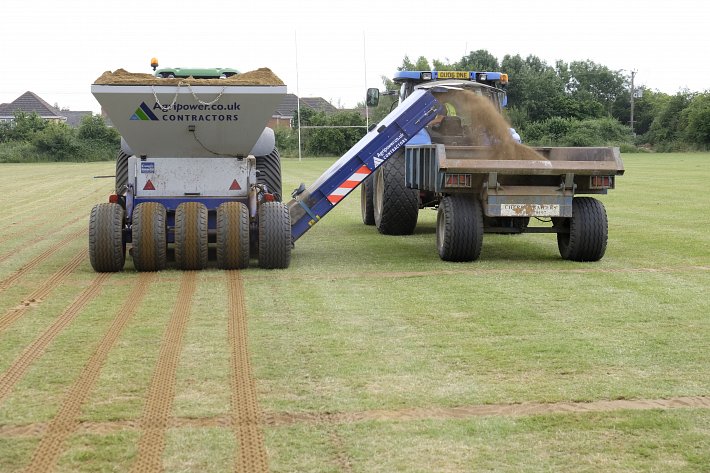 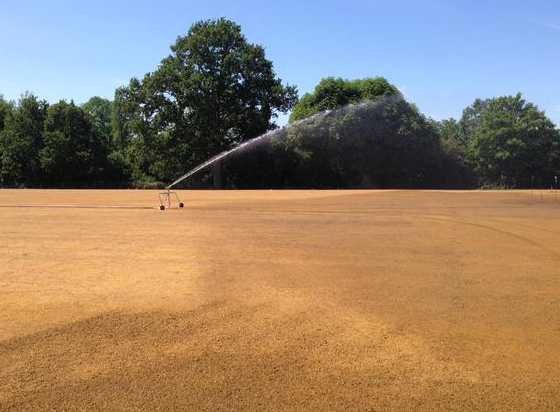