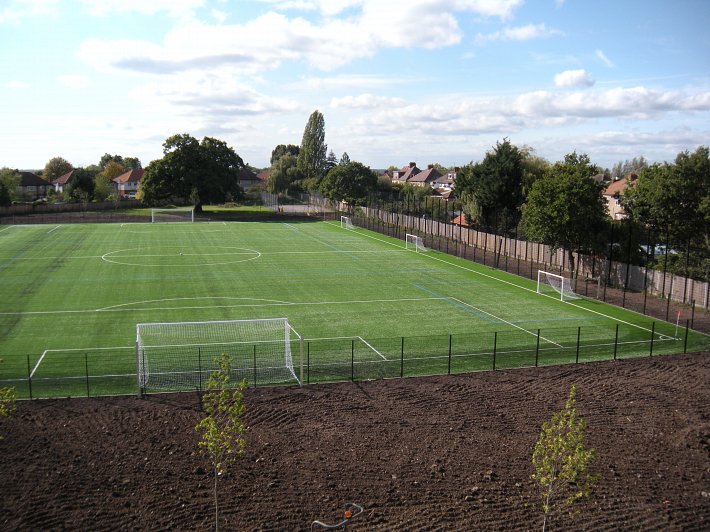 The project was successfully completed over a 7 week period during the summer holiday time ensuring that there was no disruption during term time.

Agripower Contractors were initially contracted to provide an alternative solution for a recreation area at Whitmore High School in Harrow on behalf of Kier Harrow projects. The original concept was to construct a rootzone based natural turf area for all-year-round use as a breakout/recreation area. The grassed areas were bounded on three sides by three story buildings and the surface was to be elevated above the surrounding tarmac access paths. Initial thoughts were that the on-going maintenance costs would be too high, especially when considering the shading and awkward access. After much deliberation it was decided that the only real option would be to look at artificial surfacing. The project was completed successfully and an artificial grass lawn installed.

It was on the back of this successful project that Kier asked us to construct a full size 100 x 60m, TigerTurf 60, synthetic grass pitch. The project included the Installation of 3m galvanised twin bar fencing, installation of cables for floodlighting at a later stage, kerbing and landscaping.

The project was successfully completed over a 7 week period during the summer holiday time ensuring that there was no disruption during term time. 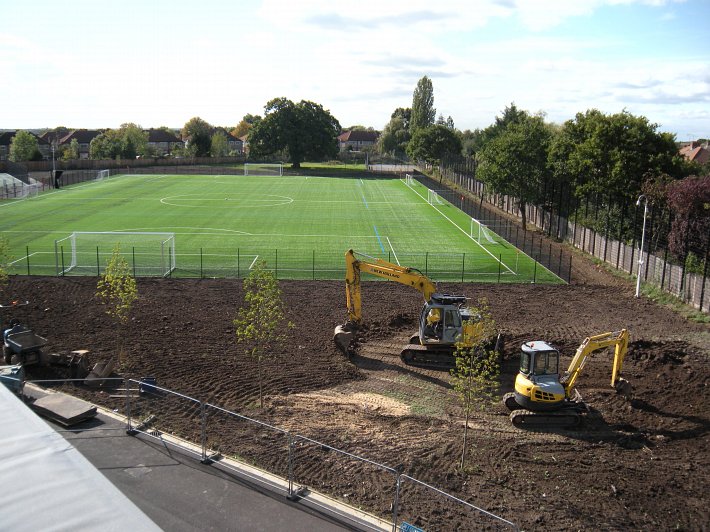