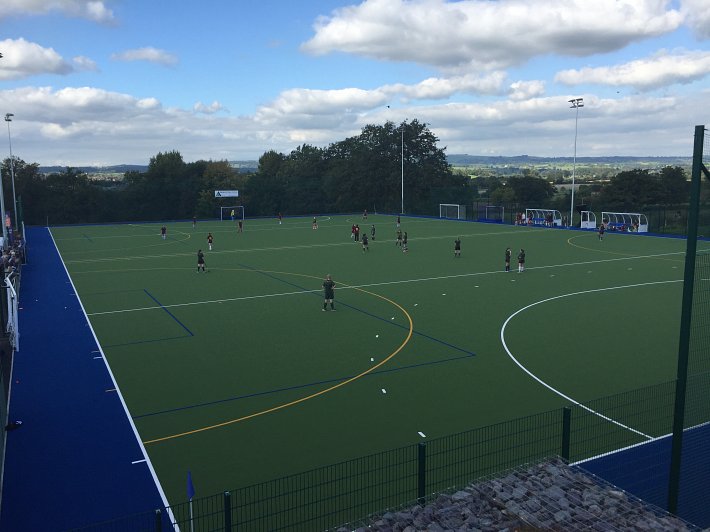 Agripower were awarded this prestigious project in March 2015 with site works commencing in May. In addition to our strong reputation within the independent schools sector we were selected upon our wealth of experience and our extensive and specialist fleet of plant and machinery. The time frame was also a key consideration as it was essential that the pitch would be completed by the time the pupils returned for the new academic year.

Following the removal of several large mature trees, the site was stripped of topsoil whilst the school was live and was hauled through the school to a tip site in the fields beneath. Electric, water, fibre optic and telecommunication services were permanently diverted away from the construction area to facilitate the deep excavations of the pitch and the new entrances into the car park.

"The site is particularly challenging owing to the existing site topography which required the need for extensive earthworks and retaining structures in order to 'shoehorn' the pitch into a very confined site."

"With a deep cutting of up to 6.5 meters and with pitch corners as close as 3m to the exiting boundaries we had to retain the cuttings to guarantee long term stability"

Over 25,000m3 of material were modelled by use of our TPS controlled Caterpillar D6 which when combined with our full in-house design team, left no room for error and works progressed quickly and smoothly only ceasing when wet to ensure full compaction was achieved. On completion of the cut to fill, a 4 meter high gabion retaining wall was constructed around one end of the pitch.

Once we were on a level plateau the works accelerated as each element of work became more and more straightforward. In the 2 week period whilst the headmaster was away the stone layer was completed, graded and tarmacked in a day, lighting column bases poured, cables and columns installed, fencing erected, car park kerbs installed, attenuation cell installed and general landscaping and topsoil works completed. 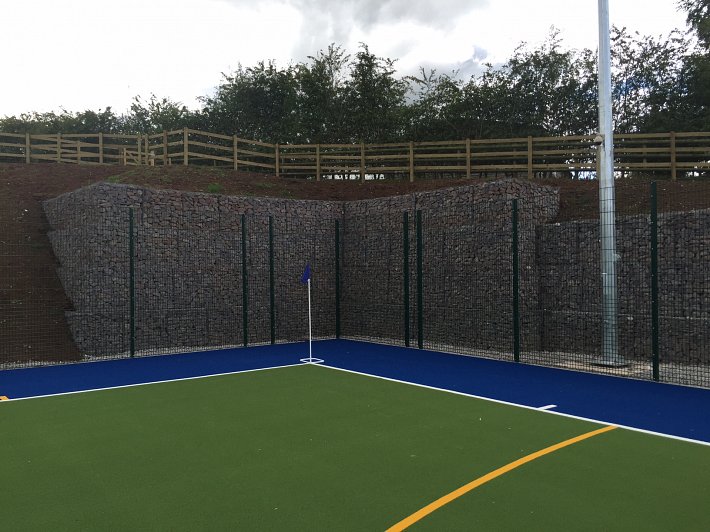